Coming in May from Wyatt-MacKenzie...

We're thrilled our second book with Boston journalist Meredith O'Brien, this one a novel, comes out in May. 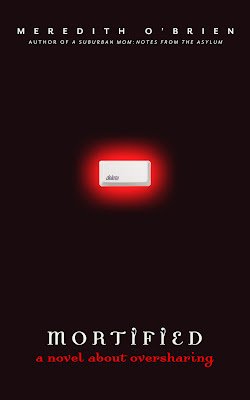 Where is the line between down-to-earth, realistic online revelations and oversharing that humiliates those you love? In the era of Facebook, Twitter and Tumblr, the line is fuzzier than ever, especially when growing numbers of divorcing couples are citing something their spouse wrote on Facebook as a reason for the split. People have always betrayed and hurt one another, but when you put a modern twist on betrayal and tell the internet about how those in your life have disappointed you, that’s taking garden variety griping to the next level. That’s oversharing your way into trouble.

In the modern era, embarrassing accusations and remarks can go viral, and will last forever. Mortification via Google.

Mortified asks readers this question: What would you do if your spouse blogged about how you are a self-centered, unsupportive jerk, who happens to be lousy in bed, and then, after the blog went viral, your mother and your colleagues read the punishingly graphic commentary?
Certainly we’ve all suffered embarrassment from something a close relative or friend has done to or said about us, but usually that embarrassment is fairly contained and there’s no digital archive of the humiliation that can be Googled.
Particularly relevant to mothers and fathers because American parents are, by the millions, sharing all manner of detail about their children and spouses online. Many of them don’t necessarily think through the impact of the reveals in the long term.
In Mortified, readers follow Maggie Kelly, who attempted to work through her resentment about feeling as though she was being held captive by motherhood and matrimony, by chronicling her exploits in a blog. When her blogging identity was eventually revealed, her husband learned that she’d been writing about him, often in unflattering ways. The raw blogging candidness that made her a hit on the internet ultimately caused her husband heartbreak and humiliation. Mortified compares the relatively recent phenomenon of  having private observations publicized on the internet to the various mortifications other characters experienced in the past, none of which were made as wildly public as Maggie’s complaints. 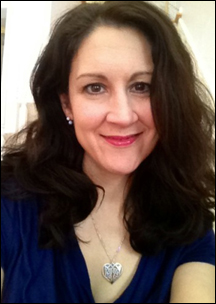 A former newspaper and investigative reporter, O’Brien is an assistant professor at Framingham State University in Massachusetts where she teaches writing and journalism. She is the author of A Suburban Mom: Notes from the Asylum (2008) and co-author of The Buying of the President (1996). Find her at http://suburbanmomnotes.blogspot.com