I still can’t believe Wyatt-MacKenzie had a book launch at the Union Square Barnes and Noble in New York City! Here are some pics of Ronald Rand and the incredible panel I’m so honored participated. 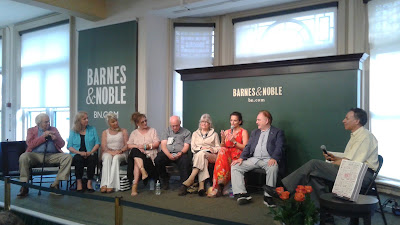 Listen to Brian Cox talk about the bravery it takes to be an actor...

Highlights from the panel...

* Everett Raymond Kinstler shared his stories about painting his famous John Wayne portrait; one was about how John Wayne and Clark Gable had discussed billing for a movie. They couldn't decide what to do and finally John Wayne flippantly said, “We’ll flip on it.” And he flipped a coin. Gable caught it and said, “No. No, I'm not going to leave that up to a flip of a coin.”

* Louise Hirschfeld talked about going to the theater with Al Hirschfeld, and how he would spend his time at the dress rehearsals capturing the different stars in ink

* Nancy Rhodes had just gotten back from Korea, attending the Paradigm Shifts Festival similar to the one she had just produced in NYC

Thrilled to see CREATE! featured in the July/August 2017 issue of Foreword Reviews (you can read it online here) ... it was chosen as an Editor’s Pick, and the magazine had a pullout quote!


“This interview collection is an effective time capsule
of some of the best years of the American stage.”
—Foreword Reviews 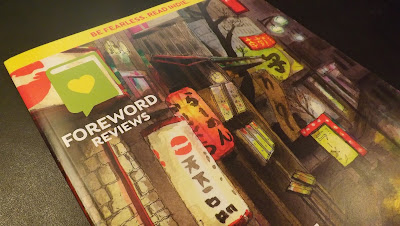 PULL-OUT: “Kelsey Grammar and Alec Baldwin discuss what keeps them doing live theater, long after they established personas in other media, Eve Ensler discusses her transition from writing her work to performing it, and Al Hirschfeld argues for the importance of arts education. The work also includes a large number of deceased legends, including writer and Holocaust survivor Elie Wiesel, monologue master Spalding Gray, actor Ossie Davis, and jack-of-all-trades Marvin Hamlisch.” 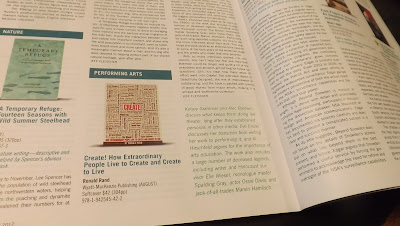 From a reader and Master Acting Teacher...
“Ronald Rand’s profound new book CREATE! is an encyclopedia of interviews, illustrations, photos and Ronald Rand's interviews reveal pearls of wisdom from famous artists from all fields.
What a wonderful book!”


From a panelist...
“Thank you so much for including me on the panel for CREATE! It was such an incredible gathering of unique artistic forces. I thought the interviews had so much dimension, since they represented all the different planets of the arts. For me it was a profound and deeply moving experience. I don’t know what possessed you to ask me to join the panel, but it was one of the loveliest gifts I’ve had in a long while. I’m sure your book will be a success in many ways, inspiring and encouraging all, and teaching us how to live. I also think it will be a financial success, and artists all over the globe will be joining and enriching your community of artists!”