Eight years ago a fax came through that I will never forget. I wasn't sure what I was looking at; the “CLASSIFIED” stamp didn't tip me off. It hit me as I read the writer's pitch that followed—the pages were part of her 1993 Briefing to the President, the first warning about a man named Osama bin Laden.

The pitch was for a non-fiction book—written by this mom of five—about how her work at the CIA as a national security analyst overlapped her work as a parent, and how the lessons we teach our kids could be good for the country.

I was mesmerized. I couldn't believe the project hadn't been scooped up by a major publisher.

Wyatt-MacKenzie released National Security Mom nine months later, in November 2008. What I didn't know then was that having an author who is active CIA makes it a bit difficult to do publicity—everything Ms. Bennett says or writes must be pre-approved.

When Harpo Studios called me in September of 2008, luckily the CIA approved and helped us take the photo of the Bennett family on the iconic CIA seal—which unbelievably had to be done on September 11th to meet the deadline. I was thrilled when the CIA blogged about Gina's October 2008 "appearance" on Oprah, even crediting her publisher for the pitch.

Since then, because of the book, I've found myself playing gatekeeper to everyone wanting to interview Gina—from the BBC to HBO's Vice—who must go through the CIA Public Affairs Office (and, Gina has been a very, very busy woman at work).

With terrorism in the air, maybe the world is finally ready to listen to Gina Bennett's wise words.

MAKERS (PBS/AOL) posted their absolutely incredible video series about Gina last week http://www.makers.com/gina-bennett. I smiled when I saw the photo we shot for Oprah come through my email on "Makers Monday." 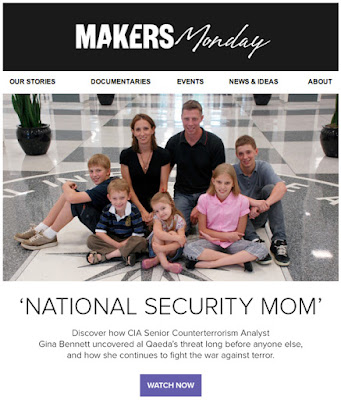 I have to confess, my eyes were welling up watching these videos—I've listened to Gina tell all of these stories. Now the world can hear them.

HBO showed the MAKERS "Women in War" documentary in 2013 which included clips of Gina, and began with her voice-over. Now all of Gina's interview is posted on the MAKERS site, a must-watch series of videos! 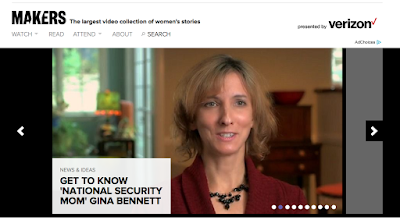 When SHOWTIME announced they would be including Gina in "The Spymasters" premiering 11/28/15 I was grinning from ear to ear. The documentary, meant to focus on the 12 living CIA directors, included Gina—not in the title, not in the promos, not on the website—but in a way that the Wall Street Journal noticed, calling her "the lone woman in the show and its most forthcoming witness."

After watching "Spymasters" Salon was convinced that Gina was "the obvious model for Jessica Chastain’s Zero Dark Thirty character." (Something else that made me grin.) The LA Times was thoughtful in assessing, "There's Gina Bennett, a senior counterterrorism analyst in the unit assigned to Osama Bin Laden—and a mother of five—who contends that our willingness to 'become something that we're not' is a greater threat than terrorism itself."

There's talk of plans for a CBS version to air next year. Newsweek was quoted, "The show’s two hours move quickly. Too bad it isn’t a miniseries." I couldn't agree more. 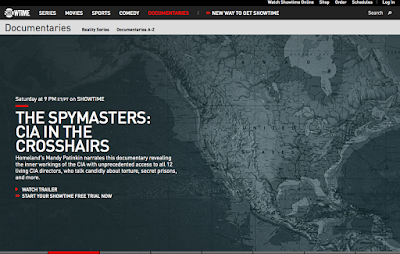 I expected a few quotes from Gina in "Spymasters," instead she graced the documentary multiple times, and was, in my humble opinion, the most authentic and brilliant voice on it. From the first image of Gina my jaw dropped open, and I think it stayed open for just about the entire show.

Here's to hoping other viewers will be awe-struck as well, and will want to know more about Gina, and her view that national security starts at home—they can find it in National Security Mom.

Some stills from the show... 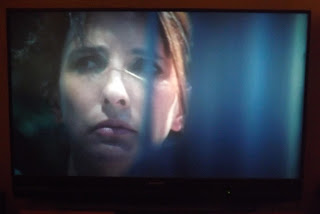 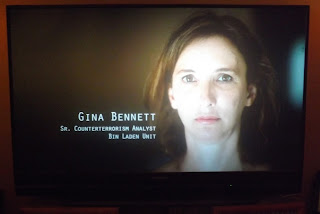 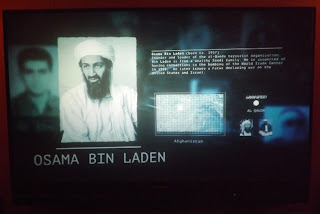 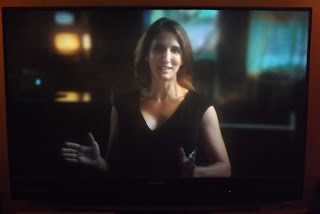