Shattering the Glass Ceiling of Publishing

Did you hear the glass shattering? I did. Big time. Of course, we've been throwing our little indie rocks at publishing's glass ceiling for 18 years. Pecking away—book by book—to earn the respect of the industry elite.

Four out of these six gorgeous novels on our roster are represented by reputable literary agencies, with two more agented titles to follow. (Wow. I better be careful as I dance around my office that I don't cut my feet on the shards of glass!) A dozen years ago, an agent used that age-old glass barrier to expunge us from an author's resume, claiming publishing with an indie tarnished her literary reputation. Ouch. Sweeping up glass with a smile on my face. 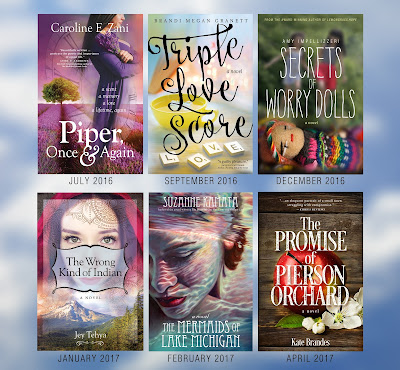 In the last few months, three authors who were previously published by Wyatt-MacKenzie came back to us with their new books! This means more to me than you can imagine. Two of them brought their New York City agents to the party, which was thrilling, stomach-turning, sleep-depriving, empowering, and do-a-dance fulfilling. I'm so honored to work with these prestigious agencies, and I loved that they were anxious to post the deals. Yes, I'm having many Sally-Field-moments. 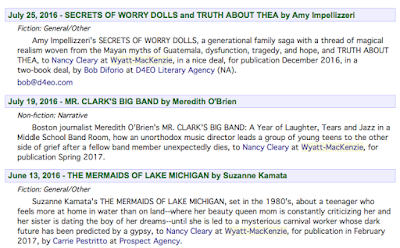 In our first two-book deal, we signed Amy Impellizzeri for a quick release of SECRETS OF WORRY DOLLS to coincide with the December storyline, with THE TRUTH ABOUT THEA to follow in the fall of 2017.

When I published Amy's debut novel, LEMONGRASS HOPE, she was working on this secretive new manuscript with a Mayan bent. I knew the name of it and little else, and I was always incredibly intrigued. Wow, my anticipation was met with utter satisfaction. More about this dark and magical drama...


According to Mayan tradition, if you whisper your troubles to the Worry Dolls, they will do the worrying instead of you—therefore, it follows that Worry Dolls are the keepers of a great many secrets . . .

On the eve of the end of the world—according to the Mayan calendar—Mari Guarez Roselli’s secrets are being unraveled by her daughter, Lu.

Lu’s worry dolls are at-capacity as she tries to outrun the ghosts from her past—including loved ones stolen on 9/11—by traveling through her mother’s homeland of Guatemala, to discover the painful reasons behind her own dysfunctional childhood, and why she must trust in the magic of the legend. 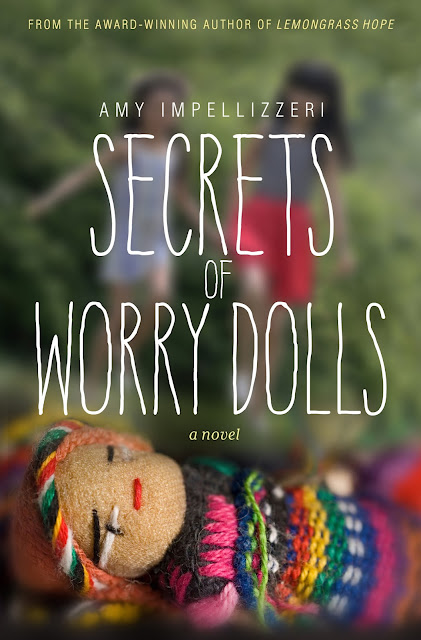 *  *  *
More info next month on our Spring 2017 non-fiction roster—including our third book with Meredith O'Brien, MR. CLARK'S BIG BAND, which she workshopped in her MFA program. Meredith is currently a professor at Northeastern University in Boston teaching students how to interpret today's journalism. Non-fiction titles in memoir, art, and manners coming next spring as well.
*  *  *

Also in July, a very cool Q & A with me at Women Writers, Women’s Books. I've always been impressed by this online literary magazine featuring women writers around the world, I was honored and happy to be included.

And a funny. Speaking of glass ceiling shattering... our 2007 promotional children's book HOW KIDS CAN BE GOOD CITIZENS nailed it! Left to right:  Vice-President Kaine, President Clinton, and President Obama. *cracking up* 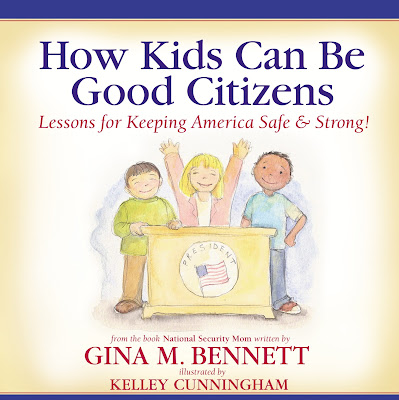