May 1, 2012 -- (Deadwood, OR) Independent publisher Wyatt-MacKenzie is all sex, drugs, rock-’n-roll, and race relations this Spring with a richly diverse crop of books, awards, and eBooks for May 2012.

THE CHALK CIRCLE, Tara L. Masih's collection of intercultural prizewinning essays launches Friday, May 4, 7:00pm, at Books Inc. on Van Ness in San Francisco. Masih will lead a reading with essayists Li Miao Lovett, Toshi Washizu, Lyzette Wanzer, Samuel Autman, Tilia Klebenov Jacobs, and Gretchen Brown Wright. Tori Grant-Welhouse reviews in Her Circle magazine, “THE CHALK CIRCLE is intelligently and thoughtfully compiled, unified by a belief in writing to further our comprehension of what can (or should) define us, as individuals and as a global culture.” Read more of this comprehensive review: http://bit.ly/HMYpIj

New York Times bestselling author and political comedian Lewis Black called DEAR DAD, IT'S OVER "A must-read for any divorced parent or any child who has had to go through it.” Touring across the country in clubs and colleges, comedian and actor M Dickson opened last month for Kathleen Madigan who wrote about M’s book, “It made me think.” ForeWord Reviews states, “Her ability to articulate her feelings will be helpful for teens or young adults going through similar circumstances, but the book would also be a good choice for divorced parents of young children. As Dickson’s experiences prove, sometimes the emotions surrounding a divorce cloud the judgment of those involved, and the book could offer some reminders to parents and caretakers.” Read this review: http://bit.ly/IJOtKT

When acquisitions editor Lisa Pliscou saw Matt Bellace’s book, A BETTER HIGH, she knew it would fit perfectly on Wyatt-MacKenzie’s roster (the publishing company celebrates its 14th year in 2012 and Wyatt, MacKenzie, and Lisa’s son Max, have all become teenagers!). Bellace speaks to over a hundred thousand students a year on how to pursue natural highs and make healthy choices. A recurring comedian on truTV's "The World's Dumbest," his stand up can be heard on Sirius XM's Comedy Channels.

“THIS ROCK IN MY HEART is chick lit for rocker moms, not soccer moms!” reviews Sandy King Carpenter, a writer and film producer. Every girl who ever went to Hollywood with stars in her eyes will wish she were walking in Tommie Vaughn’s character’s shoes, or more precisely, her turquoise snakeskin cowboy boots, as she pursues her dream. Rock-’n-Roll journalist Lonn Friend describes, “deeply heartfelt, invites the audience into the sacred space of an artist, it gives you a laugh, a tear, a wise crack and a woody.” Vaughn’s indie band, Wall of Tom, is also releasing a new album alongside the book. Legendary singer/songwriter, author/publisher Henry Rollins says of the first single, “a well written, performed and meant song, free of cynicism. Rare in these times."

All new titles are available in paperback, iBook, Kindle and Nook. Also out now in ebook for Mother's Day is SPECIAL GIFTS: Women Writers on the Heartache, the Happiness and the Hope of Raising a Special Needs Child (2007) edited by Arlene Schusteff. The New York Times Sunday edition ran an excerpt five years ago by one of the talented contributors, Lisa Romeo (http://nyti.ms/IZmreL).

Book Award Season has begun! Suzanne Kamata's short story collection THE BEAUTIFUL ONE HAS COME (2011) won a 2012 Nautilus Award for books which “promote spiritual growth, conscious living & positive social change.” The Holocaust memoir by Marika Roth, ALL THE PRETTY SHOES (2011), is a ForeWord Magazine Book-of-the-Year finalist. THE CHALK CIRCLE is a winner of the 19th Annual Skipping Stones Honor Awards for “promoting an understanding of cultures, cultivate cooperation and encourage a deeper understanding of the world’s diversity.”

Wyatt-MacKenzie Publishing, Inc. in Deadwood, Oregon has been providing an unparalleled author experience since 1998. Highlights of Wyatt-MacKenzie’s recent media include: a national TV appearance by author Laurie A. Couture on Anderson Cooper’s daytime talk show discussing her book INSTEAD OF MEDICATING (2008); and Publisher Nancy Cleary is profiled in Oregon Business Magazine (June 2012 Issue) among Oregon’s multi-million dollar mom-centric businesses, with two books appearing on the cover, MOM 3.0 (2008) and POWER MOMS (2011). 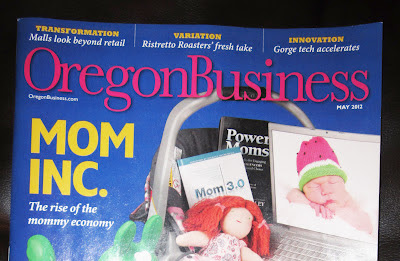 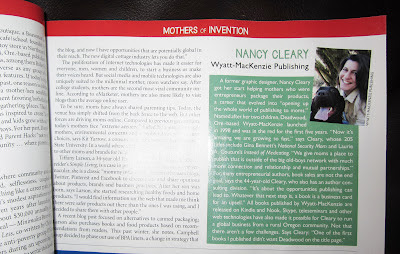