The Highs of March

Say my name. Say my name.
As soon as we saw the first commercial air -- we knew Laurie's appearance on national TV was going to be big. On March 8 Anderson Cooper began his daytime talkshow with, "Today's show impacts everyone who has a kid..." He then quoted statistics of children taking meds and THEN said, "Today we have Laurie A.  Couture author of Instead of Medicating and Punishing..." I didn't hear what came next because I was squealing. He said the name of our book and author at the very top of the show...OMG. The next 60 minutes was an adrenalin-rush, to say the least, as Laurie went toe-to-toe with a Mayo Clinic expert and a mom who held different beliefs than hers on ADHD. She did amazing! I was so proud of how brave and eloquent Laurie was. Thousands of comments and social media posts shot round the world and Laurie fulfilled one of her missions of publishing this book back in 2008 — she affected international dialogue with her expertise and experience.
Endorsement Elation
I am a huge fan of comedians, especially the really smart ones. When two sensational stand-ups -- one my ultimate favorite brilliant comedic hero -- endorsed one of our own this month, I danced around the office until I was breathless. 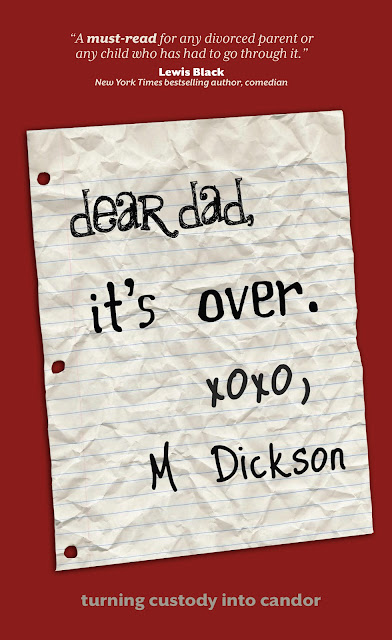 Am I being Punk'd?
So it seems we've been a hot item on PublishersMarketplace -- I gasped when I took this screen capture on the home page... 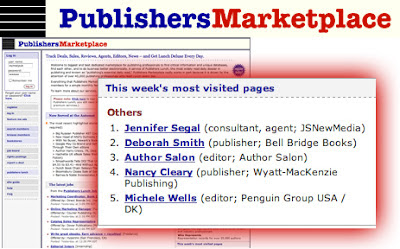 The proposals that have been crossing my desk are unbelievable. And I admit, I feel like the ugly girl who the popular boy asked to the prom and then stood her up the night of the dance when he realized she wasn't as popular as he thought...these are major celebrities who deserve major publishing deals. I know it's wrong to talk about an agent pitch, but...I know I won't hear back from this one: Hollywood insider's 3-book fiction series about a beautiful gal swept off her feet by a big-name star, becomes an entertainment host and one of the most famous girlfriends, and then the break-up with a promised "big reveal" the rest of the world doesn't even know. WOW. As soon as I see the real deal she gets I'll share it, but until then I have to keep it a secret. Shhhh.
Shipping Next Month from Wyatt-MacKenzie
Our Spring Releases start shipping in April! A BETTER HIGH by Matt Bellace will be introduced at the Prevention Council's 30th Annual Leadership Conference at Skidmore College; DEAR DAD, IT'S OVER will be celebrated at M's hometown library; THIS ROCK IN MY HEART will have a musical, Hollywood extravaganza release party; and THE CHALK CIRCLE will have a multiple-author signing at Books Inc. in San Francisco, and has already been chosen for a featured review in the summer issue of Foreword Reviews Magazine. New out digitally is A SUBURBAN MOM, the very funny collection of essays from journalist Meredith O'Brien we published in 2007, now available on Kindle, Nook and iBook.
New Spring Imprints

Sandi Bell is an advocate for horses, she has a beautifully illustrated guide on horse care, BEFORE THE 'CROP' COMES OUT.

Kelly Estes is our youngest Imprint yet and she is an inspiration. At 17 she penned a novel honoring her Uncle who served in WW2 -- she will release THE COST OF COURAGE two days after she graduates from college.

This husband, wife, and grandmother team has created a powerful guidebook for parents with visually impaired children, LITTLE BEAR SEES.

Honored to be Nominated...
Finally, we were honored to learn today that THE BEAUTIFUL ONE HAS COME is on the long-list for the Frank O'Connor International Short Story Award. And earlier this month we had 4 finalist nominations from Reader Views Literary Awards. These are the first announcements of the upcoming book award season...which is sure to be eventful!
Posted by Nancy Cleary at 4:00 PM