We're starting out 2017 with a bang. *giggle* Out today ~ This sexy, raw, uninhibited multicultural, pansexual, intercontinental novel grabbed me from the moment I read the first two chapters of THE WRONG KIND OF INDIAN.  Every other chapter travels back to “Jennifer’s” youth through a painfully dysfunctional childhood. While in present-day, she straddles 30-years-old and finds those seeds of dysfunction have been planted deeply into every aspect of the gut-wrenching events that play out in the life of this mysterious, bawdy, beautiful, tortured poet.

A member of the Cherokee Nation, Jey Tehya (a pen name) was born and raised in Oregon. An award-winning poet, she received a Writers in the Schools (WITS) residency from Oregon’s Literary Arts, her master’s degree from Portland University’s Ooligan Press Program, and was recently granted a residency with the Hosking Houses Trust, Stratford-upon-Avon, UK! Jey owns a writing services company, founded a scholarship for Native graduate students pursuing a writing degree, and has established a karmic yoga movement. She currently lives in Oregon (which plays a character in her novel).

Jey did her first reading at Wordstock this year! (Unfortunately the video from the Portland Art Museum was absolutely fascinating and funny but was too big to download.) Her next reading is January 19th at the awesome little neighborhood hangout Another Read Through Bookstore in Portland. 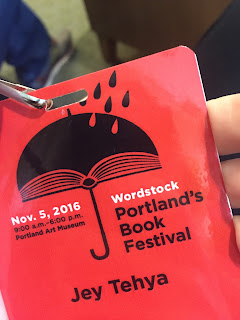 For a group project in grad school we had “avatars” created (at fiverr.com, of course). I laugh every time I look at mine—I know, looks a little cynical, right? I think it's going to be my new profile pic. I'm turning 49 this month and somehow it seems to fit.

For 2017 I'll be cynically optimistic (or optimistically cynical?) as we start our 19th year of indie publishing! 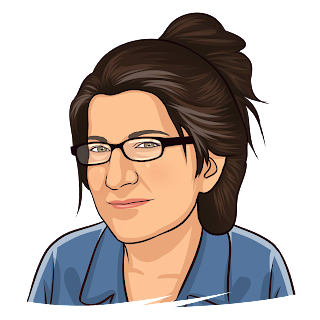