In January 2017 we'll release THE WRONG KIND OF INDIAN by Jey Tehya (the pen-name for a Pulitzer-nominated poet). I fell in love with this tough, sexy, and unabashedly raw novel. The fact that Oregon is a character in the story was right up my gravel alley. The writing is funny and poetic, and the author's own thinly-veiled life reflected in the main character is heart-wrenching and literally gut-sucking. Men! Pfft.

Kirkus Reviews wrote: “Author Tehya sprinkles her writing with moments of vivid prose (‘the student loan iron maiden was already inching close’) and portrays the book’s settings—Portland, Oregon; Costa Rica; India—in evocative detail. The author, like her protagonist, is a member of the Cherokee Nation, which brings a layer of authenticity to her narration. Some readers may find the book’s frequent, explicit depictions of sex excessive, the flashbacks to Jennifer’s youth unremittingly bleak, and her reckless behavior more frustrating than compelling. Others, however, will appreciate this story of healing, redemption, and a journey to emotional maturity. A complex and compelling, though often difficult, story of romance, forgiveness, and loyalty.” 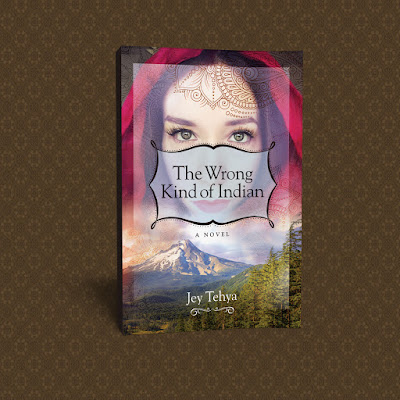 In February 2017 our third book with Suzanne Kamata, THE MERMAIDS OF LAKE MICHIGAN, will be released. In this novel, Elise Faulkner is more at home in the waters of her beloved lake than on land where her beauty queen mom is always on her back about her lack of a social life; her sister is dating the boy of her dreams; her favorite penpal—the one who wrote about mermaids in Ghana—has gotten married and ended their correspondence; and no one’s allowed to talk about her glamorous great-grandmother, the deep-sea wreck diver. Elise is biding her time with books until she can flee. But then Chiara Hanover pops into her life, as does Miguel, the man of her destiny.

I'm already one of Suzanne Kamata’s biggest fans; she is a prolific writer, and one of the biggest supporters I have ever seen of other authors. This one comes to us through talented literary agent Carrie Pestritto at the well-respected Prospect Agency in New York City.

To say I loved MERMAIDS is an understatement; the reminiscing of the 1980s had me smiling throughout, and then tears, and then smiles, and then a few more happy tears. We licensed a stunning oil painting for the cover, and the Valentine's Day release marks a life-changing deadline in the story for Elise. 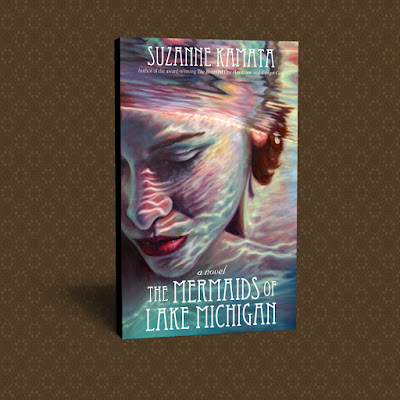 On Earth Day, April 22, 2017, THE PROMISE OF PIERSON ORCHARD by environmental scientist Kate Brandes is out. Wow, the writing in this family drama is stunning. Kate pulled me into her vivid story about a small-town Pennsylvania family dealing with betrayal, financial destruction, lost loves, forgiveness, and of course, fracking. I encouraged her to get a pre-publication Kirkus review and it was stellar. Yup, I can call ’em. Katie Shea Boutillier at the renowned Donald Maass Literary Agency in NYC represented this title and we've already received film/TV interest after pitching it as “Erin Brockovich” meets “Promised Land.”

Kirkus Reviews wrote: “Brandes checks off all the boxes for quality fiction: the characters are well-rounded, the settings, such as the apple orchards, the crisp Silver Creek, and the rocky outcrops, are vividly described, and the plot is well-organized and crisply paced. The tension between the characters satisfyingly rises to a crescendo that’s in sync with the larger environmental crisis that threatens the town.” 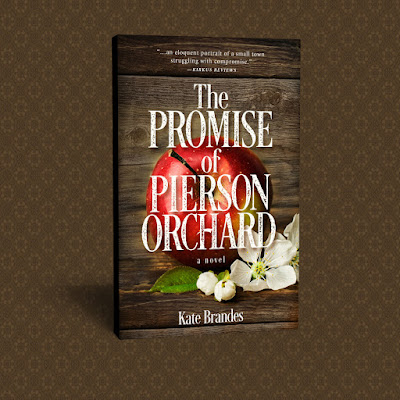 And in May 2017 we're jumping-out-of-our-chairs excited to release RUN, HOLLY, RUN! by Kathy Coleman, “Holly” from the 1970s show Land of the Lost. Agent-to-the-stars Diane Nine at Nine Speakers, Inc emailed me with the title in the subject line and my mind seized up. Wait, what? Is it? Could it be... running from a tyrannosaurus or Sleestak Holly?! No flippin way. In a matter of four days I met one of my childhood idols and signed her for her memoir. Wow. My life is wild.

From behind-the-scenes of filming this classic TV show, to the perils of life for a child actor, domestic abuse, recovery, and rebuilding a life—this memoir is aimed to hit a thriving fan-base who LOVE this woman, and for good reason. I’m ecstatic that Kathy is working closely with professional celebrity memoirist Dave Smitherman to make her story an entertaining, enlightening, honest, fun and satisfying read for all us who are 45+ and remember watching the show every Saturday morning—some of us pretending to time travel, have stuffed monkeys we called Pakunis, and wanted to live in a cave. 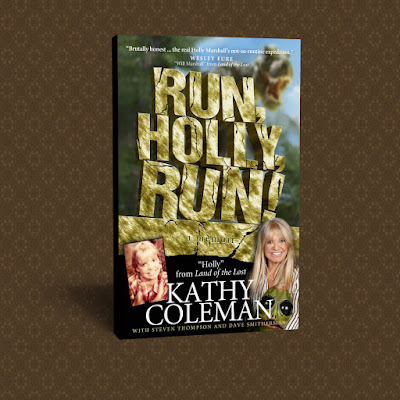 And, we have some great titles already signed for June 2017! #wymacauthorsrock